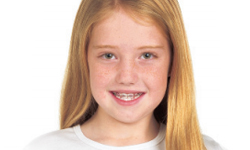 Nickel is the most common contact allergen, and opportunities for exposure to this metal are endless. It is found in keys, zippers, paper clips, cell phones, earrings and other jewelry, and dental braces – just to name a few products. It is almost ubiquitous in our daily environments. Not surprisingly, nickel sensitization continues to be a fruitful area for investigation.

In a recent study, for example, Fors and coworkers not only alleviate concerns about sensitization from orthodontic appliances but found that such exposure may even exert a protective effect against sensitization to nickel. Concomitantly, these authors found that piercings that precede the dental work considerably increase the risk of developing a nickel allergy. In addition, a new longitudinal study supports the safety of patch testing in children. A case report from Bibas et al. calls attention to a new indication for patch testing.

We are happy to share that the two studies used T.R.U.E. TEST® for their patch testing. This system confers the advantage of producing reproducible and consistent results with few irritant or false-positive reactions. Patients who test positive can help protect themselves by identifying and applying a protective coating to objects containing nickel by using Reveal and Conceal® . As always, we are pleased to have the opportunity to help you diagnose and protect your patients.

Concern about the release of nickel from orthodontic appliances and subsequent sensitization of adolescents in particular may be relieved by a recent study by Fors and coworkers. They conducted a 4-year, large-scale, cross-sectional study of adolescents in secondary school in Sweden to evaluate the association between nickel sensitization and exposure to orthodontic appliances and piercings.

After completing a questionnaire on earlier piercing and orthodontic treatments, 4376 adolescents (2976 girls, 1400 boys) were patch tested with the ready-to-use T.R.U.E. TEST Panels 1 and 2, which contain 24 of the most common allergens, including nickel. The researchers defined nickel allergy as a positive test on day 4 and followed international guidelines for reading the patch tests. Type of orthodontic treatment was verified from the participants’ dental records, and the date(s) and duration of placement of appliances were recorded.

The placement of intraoral appliances did not increase the risk of sensitization to nickel, and the presence of atopy was not a significant risk factor. However, the sequence of orthodontic appliance and piercings was significantly associated with nickel sensitivity. If orthodontic treatment preceded piercing, the risk of having a positive patch was reduced. The risk of sensitization to nickel was also decreased with the use of full fixed appliances, which presumably would be associated with a higher release of nickel compared to appliances made from alloys. Furthermore, the risk reduction increased with duration of orthodontic treatment: The greatest reduction was associated with orthodontic treatment lasting 1 to 2.5 years. Compared to a single piercing, the presence of multiple piercings increased the risk of a positive patch test to nickel by almost 50%. The risk of a nickel allergy was 5 times as high in girls as in boys, presumably because boys tend to be pierced when older and perhaps because they use less nickel-containing jewelry than girls.

These data support the concept that oral nickel exposure may actually induce tolerance instead of sensitization and that this immune response is time- and dose-dependent. Immunologically, such tolerance may reflect nickel-specific T cell release of the downregulatory cytokine, interleukin-10. If so, nickel tolerance may be mediated by regulatory T cells that prevent subsequent sensitization. The findings of this study should reassure parents and health professionals that necessary orthodontic treatment does not heighten the risk of sensitization to nickel, the most common allergen in the United States and Europe.

However, the findings also reinforce the risk associated with body piercing, especially at a young age, which increases the likelihood that children and adolescents will be exposed to nickel in jewelry. About 20 years ago, Denmark and the European Union passed a directive limiting nickel release in consumer products to less than 0.5 µg/cm2 /week. Such legislation, however, is still lacking in the United States. Furthermore, internet commerce allows inexpensive jewelry from other countries without regulations on nickel release to be obtained easily. Consequently, educational efforts about the risk of sensitization associated with piercing must continue, and patch testing professionals must play a key role in this endeavor.

Should I Patch Test Children to Nickel?

The current consensus is that children and adults can be patch tested with the same concentrations of allergens without fear of sensitizing the former. But does this consensus extend to an allergen as common as nickel? Almost a decade ago, Klaus Andersen’s group from Denmark patch tested 562 infants to nickel sulfate at 3, 6, 9, 12, and 18 months of age. They found a reproducible positive reaction in 26 (8.6%) of the infants at 12 and 18 months of age. Of the 562 infants, 111 had a transient positive patch test. All of these children were born after the Nickel Directive prohibiting the release of excessive nickel from consumer products was adopted by Denmark and the European Union. Andersen’s group has now reported a follow up of the infants with the alleged nickel sensitivity.

Of these 21 children, 13 (62%) had a negative reading in both the earlier and current study while the reaction of 6 (29%) patients fluctuated with a negative reading in either the earlier or current study. Only 2 (9%) children had a reproducible reaction to the nickel sulfate in both the earlier and current study. Of these 2 children, only 1 was assessed by the physician to have a clinically relevant reaction to the allergen from infancy to the 6-year time point. This patient was reported to have developed eczema from skin contact with metal products at 12 months. The other patient was reported to have eczema by metal skin contact at 3 years but not at 6 years and was not assessed as having a clinically relevant allergy. Presumably, the authors would have reported if these 2 patients had been among the 3 children who had their ears pierced by the age of 6 years. As the authors note, however, excessive nickel release has been identified in other products for children such as hair clasps and finger rings.

The authors concluded that because reactions in this study were transient, most reactions were irritant or nonspecific. It is reassuring that the repeated patch testing did not cause sensitization in these children. The low reproducibility and low level of clinical relevancy suggest that nickel patch tests should only be performed in young children when clinical suspicion is high. Because T.R.U.E. TEST was used, the children were exposed to a uniform, reproducible, and standardized pharmaceutical-grade dose of nickel sulfate. Their choice of T.R.U.E. TEST eliminates much of the variability associated with patch testing that can preclude meaningful comparisons across studies. However, the sample size was still small and no control group was included. Despite these limitations, which are often unavoidable in clinical research, such long-term followup studies should help improve our understanding of the development of allergies and atopic diseases.

If a female patient seeks treatment for erythematous eruptions in the flexural and genital regions, what suspected conditions immediately make it to your list of differential diagnoses? Chances are an intratubal implant is not among your top choices. A recent report, however, may change your perspective.

A 40-year-old woman developed severe anogenital pruritis characterized by generalized erythematous maculopapular eruptions in the genital and intertriginous regions, a distribution known as the baboon syndrome. The patient failed to respond to treatment with topical and systemic corticosteroids and with oral antihistamines. Her history revealed that 3 months earlier she had undergone intratubal insertion of expansible microimplants composed of nitinol (alloy of 55% nickel and 45% titanium) spirals around a polyethylene shank. The implants were placed hysteroscopically through the tubal ostia for permanent sterilization. The patient also reported that since adolescence she had been unable to tolerate metal jewelry. Upon patch testing she had a 1+ skin reaction to nickel sulfate. Systemic contact dermatitis was suspected, and the implants were removed by salpingectomy. Within 3 days her skin lesions began to improve, and within 3 months the skin lesions had resolved completely.

Corrosion of nitinol has been posited to release nickel into the blood, thereby inducing reactions. Both corrosion and clinical reactions have occurred within days of implantation of endovascular prostheses and other devices composed of nitinol and other nickel alloys. The Food and Drug Administration (FDA) in the United States and the Haute Authorité de Santé in France have stated that such intratubal implants are contraindicated in women with known nickel hypersensitivity. The FDA recommends patch testing women with a known nickel allergy before they undergo the implant procedure; a careful history and questioning of the patient satisfy the French agency. Since 2002, about a half million intratubal implants have been performed. Considered a low-risk and effective procedure, such permanent sterilization is becoming a popular choice for birth control among women worldwide. If this trend continues, there is a strong likelihood that such cases may become more prevalent. Clinicians who patch test need to be aware of this new source of dermatitis related to that familiar allergen nickel.